The new name, ‘World Athletics’, builds upon the organisation’s restructuring and governance reform agenda of the past four years to represent a modern, more creative and positive face for the sport.

Included in its charge, are the standardization of rules and regulations for the sports, recognition and management of world records, and the organisation and sanctioning of athletics competitions, including the World Athletics Championships.

Mr. Sebastian Coe of the United Kingdom is the President of World Athletics. He was elected in 2015 and re-elected unopposed in 2019 for a further four years. 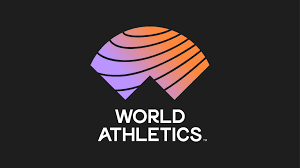 World Athletics was founded on 17 July 1912 as the International Amateur Athletic Federation(IAAF) by representatives from 17 national athletics federations at the organization’s first meeting in Stockholm, Sweden, with a first congress in Berlin in 1913.

Beginning in 1982, the IAAF passed several amendments to its rules to allow athletes to receive compensation for participating in international competitions. However, the organization retained the word amateur in its name until its 2001 congress, at which it changed its name to the International Association of Athletics Federations (IAAF).